If you can write a for-loop, you can do statistics. - Jake Vanderplas

A lot of developers shy away from problems which involve statistics or probability. Which is shameful since in today’s data-rich environment, you can gain a lot of insights from data.

In this blog post, I’ll show you how to write a simulation tool which requires no knowledge in statistics or probability. Simulations are easy to write and can be a very effective tool in research. You only need some basic programming skills and a random number generator. 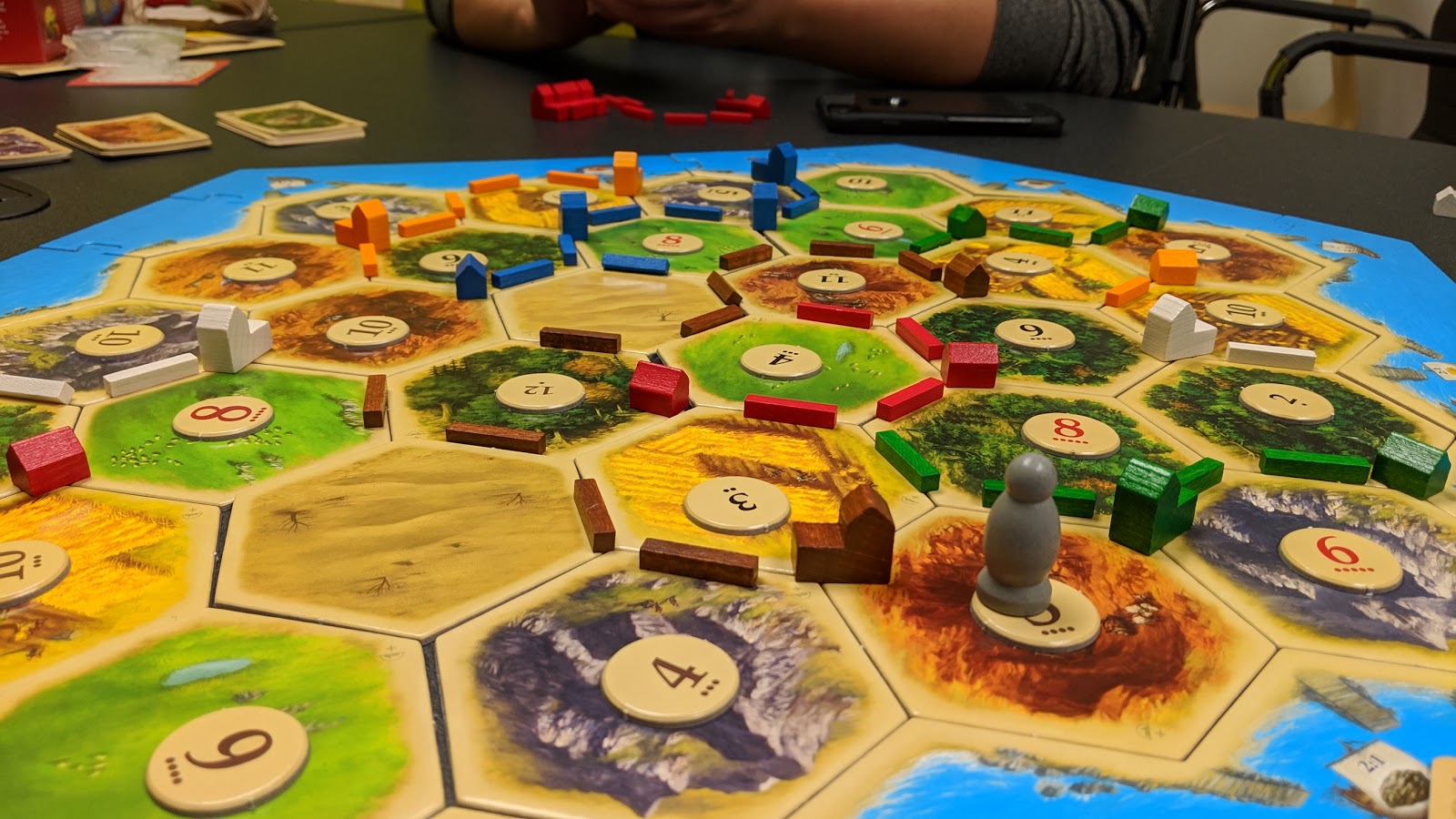 In the game of Catan, you gain resources when a roll of two dice match a number of a tile on the board. At the beginning of the game, you place your settlements next to tiles with the idea of selecting titles that have a higher probability of being matched.

The first thing we need for our simulation is the ability to roll a die and get the result.

Listing 1 shows how we will perform a single dice roll for our simulation. On line 12, we use the random Intn function from the math package and adjust the values returned to be 1-6 instead of 0-5.

Next, we need to simulate rolling two dice over and over to learn what sum’s of the two dice tend to be rolled the most.

Listing 2 shows our simulation function. This function rolls two dice runs number of times and returns the percent of time any given sum was rolled over n. On line 18, we initialize a counts map that will hold the counts for the different sum’s rolled. On line 20, we roll the two dice and calculate the sum. On line 21, we update the count for that sum in the map. On lines 25-29, we convert the sums to fractions based on the total number of rolls and finally on line 31, we return the results.

Finally, we need a little application to run the simulation.

Listing 4 shows the output of running the simulation one time. In this run, the sum of 7 is the winner with 6 and 8 in a tie for second place. Since Catan doesn’t use the number 7, this simulation is suggesting you should pick 6 or 8.

The birthday problem asks what is the probability that in a group of people, at least two people will have the same birthday? Let’s create a simulation for this problem that can answer this question for a group of 23 people.

First, let’s write a function that randomly chooses a birthday for an individual who belongs to a given size group of people. If at any time two people end up with the same birthday, the function will immediately return true.

Listing 5: Checking for same birthday in a random group

Listing 5 shows the simulateBirthdayMatches function. Based on a specified group of people, it will draw random birthdays. Birthdays are represented as days since the beginning of the year: we have 365 of these.

On line 16, we initialize a map for already seen birthdays. On line 18, we draw a random day and on line 19, we check if we’ve seen this day already. If that day was already seen, we return true on line 20. Otherwise we update the seen map on line 22. Finally, if there are no duplicated days, we return false on line 25.

Next, let’s write a function that can run the birthday match simulation over and over for a given size group of people.

Finally, let’s write a small application to run the simulation.

Listing 8 shows the output of our simulation. We see that the chance that two people in a group of 23 having the same birthday is about 50%, which matches the expected result.

The following question is taken from Nassim Taleb’s Fooled By Randomness book which I highly recommend.

The book makes this statement which we will base this simulation on.

The test of a disease presents a rate of 5% false positives. The disease strikes 1⁄1000 of the population. People are tested at random, regardless of whether they are suspected of having the disease. A patient’s test is positive. What is the probability of the patient being stricken with the disease?

To be clear, a “false positive” is when a healthy person is diagnosed as sick.

Listing 9 shows the oneChanceIn function which returns true if the number 1 is selected randomly from a range of numbers. On line 13, we generate a random number and compare the number to 1. The probability of choosing the number 1 randomly (or any other number between 0 and n-1) is 1/n.

Listing 10 shows the isSick function which returns true if a random sample from the population is sick or not. According to the problem statement, “The disease strikes 1⁄1000 of the population.”, so we use oneChanceIn(1000) on line 19.

Listing 11 shows the diagnosed function that simulates testing a person for the disease. On line 25, we return true if the person is sick since we assume the test is accurate 100% of the time for sick people. If the person is healthy, then on line 30 we have a 1 in 20 (5%) chance of incorrectly diagnosing the patient as sick (false positive).

Listing 14 shows the output of the simulation run. The chance that a person is sick given a positive test is about 2% which matches the expected result.

Simulations are a simple and powerful tool. You don’t need to know advanced probability and statistics in order to solve data driven problems. All you need is math/rand and basic programming skills. After you get your results, you are encouraged to validate them. If you don’t have the skills - ask around (I ask my friend & college Shlomo Yona whenever I need some guidance).

If you want to learn more, I recommend watching Statistics for Hackers. The examples are in Python, but are very easy to follow. You should also read about the Monte Carlo method on Wikipedia and see the wide variety of applications it has.

You can find the code for these simulations here. Catan photo by Galen Crout